by seiryoden
The Gaki crew have the phat beats and they're taking it to the streets! *sorry

* plus a mini Kiki for the costume talk! Enjoy:

by soudou
I read the synopsis for this episode on Friday and I was like "Oh man this will be hilariously awkward!", especially thinking back to when he had to rap during the Hospital Batsu, I wasn't disappointed

The synopsis also said the "setup" he says at the start is something along the lines of being about how his side-gig as a rakugo (comic storyteller, where he sits by himself in front of an audience and tells funny stories) has expanded his vocabulary and ability to speak up, so he decides to put himself to the test with this rap battle inviting people to diss him.

Also d'aww at this freeze frame they chose, cute 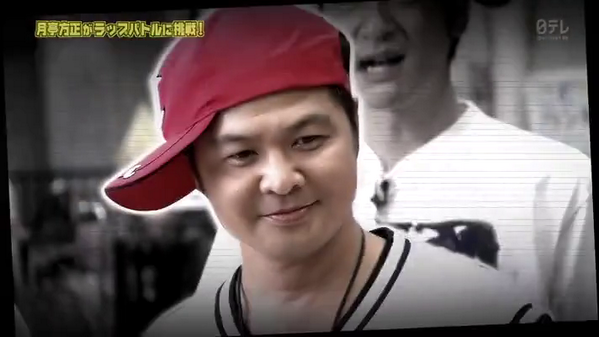 by Dearka
Was that thunder going off? Thx for the ep link.

Dearka wrote:
Was that thunder going off? Thx for the ep link.

Yeah, I think that's why they had to film inside a covered shopping district instead of out elsewhere. Before they start they showed some outdoor scenes of what the weather is like and the Kanji says "悪天候" which seems to mean stormy/rough weather. Dunno if it's related but this month there was a tropical storm called "Man-Yi" that hit Japan and caused severe weather conditions.

I could be wrong but I think they make some comment on how the thunder wasn't on his side since it was trying to interrupt him and drown out any successful rapping he might make.

From a TV summary:

Although Hōsei was able to be quick-witted and make an agreeable rap, thunder rolled and interrupted him.

by Johnhk
September is the typhoon period in Japan, it's very hot and insanely rainy. I'm pretty sure that's why they shot this in a covered shopping street

by solari
ooh..It's been ages since the last Yamasaki challenge
It's so funny how the thunder answered Yamasaki at times. 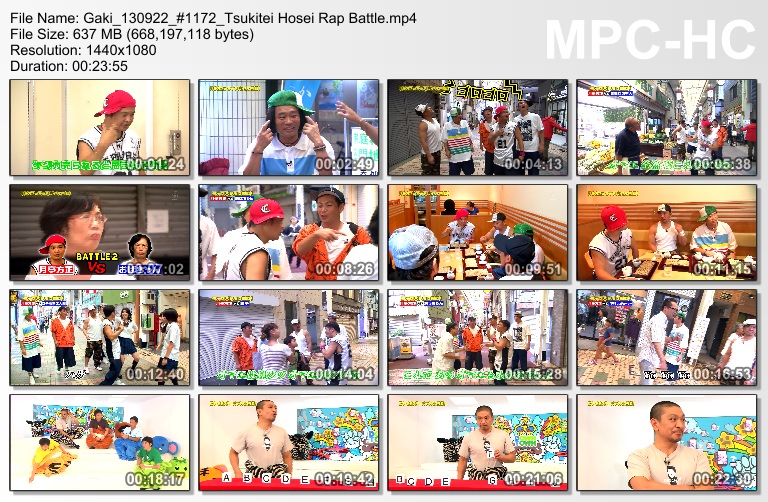